August 1, 2019 – Valley City, Ohio: The IUPAT DC6 PATCH Foundation Golf Outing raised $25,000 for various PATCH Children charities at their golf outing held at Coppertop Golf Course in Valley City Ohio. It was the 14th consecutive year for the event.  A large crowd turned out and enjoyed the four-person scramble format which also featured several special events including longest drive, closest to the pin, skins game, and a poker game. Raffle baskets, a 50/50 raffle, combined with a delicious steak dinner and good times with friends made the event an overwhelming success.

Founding in 2001, the members of the International Union of Painters and Allied Trades created the PATCH (Painters & Allied Trades for Children’s Hope) Foundation to support organizations that provide educational and medical services to our youth, as well as support local sports programs. PATCH Foundation support in 2019 has included the “Littlest Heroes, the New Castle YMCA, and Golden String, Inc.

“Every penny that is raised goes to children’s charities throughout the council,” said Jim Sherwood, Business Manager Secretary/Treasurer for DC6. “We are proud to have raised over $200,000 for the PATCH Foundation over the past 14 years.”

Thank you to our sponsors, and to everyone who came out and make the event a success! April 18, 2019; Strongsville Ohio:  The International Union of Painters and Allied Trades District Council 6 (IUPAT) is planning to rehab three cutting edge nonprofit addiction treatment services; the Jean Marie House Recovery Center in Brook Park Ohio, Addiction Services Council Recovery Center in Cincinnati, and the Refuge Ministry Recovery Center in Columbus. In total, approximately $75,000 in Labor and Materials will be donated by over 40 IUPAT members on Saturday, April 20th the IUPAT Day of Community Action.  The support is part of a district-wide initiative to focus union resources towards fighting the opioid epidemic.

“IUPAT DC6 is committed to making a positive impact in the communities in which we live and work,” said Jim Sherwood, Business Manager Secretary/Treasurer for IUPAT DC6. “Seven out of 10 families are touched by addiction.  IUPAT DC6 is partnering with organizations that are on the front lines dealing with this crisis.”

The Jean Marie House is a sober Living Program for women, with a capacity of serving 35 women at one time.  They are part of the Ed Keating Center, which has three non-profit sober living facilities that treats recovering alcoholic and drug-addicted men and women.  Addiction Services Council has cut overdose rates in Cincinnati by as much as 35%. Their prevention services reach more than 30,000 people annually, which supports their vision to build a community free of drug and alcohol abuse as well as the disease of addiction. The Refuge Ministry Recovery Center in Columbus offers free drug rehab services. They have four locations around central Ohio that serve 75+ men and women. They have heled more than 5,000 men and women recover from addiction.

The IUPAT Community Action Day begins at 7:AM on Saturday, April 20th and is concluded whenever the projects are done. Local IUPAT members volunteer their time towards the projects, which are always focused on IUPAT’s home communities. For more information on the IUPAT Day of Community Action, visit http://iupat-dc6.org/news/ .

American Income Life has offered to waive premiums for our members who purchased any insurance through them and are laid off due to the COVID-19 outbreak. CLICK HERE to access the waiver form.

If you have any specific questions for American Income Life, please contact the Union Hall and we can help you get in touch with our account representative. Today, we’d like to update you on steps the Finishing Trades Institute of the Ohio Region (FTIOR) has taken to minimize the potential impact of an outbreak. The Board of Trustees have met to proactively guide the FTIOR’s response and preparation. We will provide additional updates on a regular basis as the situation continues.

Effective MONDAY, MARCH 16, 2010, the FTIOR Training Centers will be open to employees only; but ALL APPRENTICESHIP AND JOURNEYMAN classes are CANCELLED  until at least June 1st, to coincide with the Governor’s order concerning school closings.  Student and Faculty Guidelines (Academic/Credit Classes)

Apprentices will be assigned online training which will be required to be completed in order to ensure they have the hours for your next wage review.  Apprentices should contact their instructor immediately to obtain their assignments.

We will continue to evaluate new information as it becomes available and provide timely updates to the members and contractors signatory to District Council 6. Your understanding as guidelines shift in response to emerging information is greatly appreciated.

If you have questions, email georgeb@iupat-dc6.org, and we will do our best to provide answers as we work through this situation.

In the meantime, let’s work together to keep everyone healthy and safe.

March 1, 2020, Strongsville Ohio: The International Union of Painters and Allied Trades District Council 6 (IUPAT DC6) is offering job seekers exciting apprenticeship and career opportunities by hosting multiple Potenential Member Showcases during the months of March and April at their Union Halls in Plain City, Toledo, Girard, Cincinnati, and Strongsville. Potential members will learn about IUPAT’s no cost, earn while you learn, apprenticeship program that lets you learn a trade that makes you money and earns a degree at the same time while incurring no college debt.  Refreshments will be provided.

The Showcases will feature profiles of the Drywall Finishing, Glazing, Commercial Painting, Industrial Painting, Sign & Display, and Trade Show Workers. Attendees will have the opportunity to visit with representatives from each trade to gain insights on IUPAT DC6 occupations.

“If you’re ready to shape your career, build your confidence and take control of your future – we should talk,” said Jim Sherwood, Business Manager, Secretary/Treasurer of IUPAT DC6. “Our members enjoy training, benefits, and a pension with no college debt – and you have a job while we train you, so you earn while you learn!” On Wednesday LU 841 held their Christmas Party at the Akron Union Hall. During the party, BM/ST Sherwood, Assistant Director of Service in the North Scott Harter and member Garvin Carter presented Denis Martin with a 50-year pin honoring his dedication to the union. Thank you for your years of service to this union! 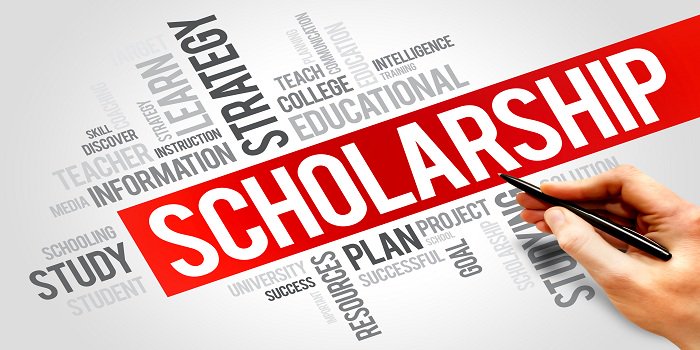 S. Frank “Bud” Raftery
IUPAT Member 1935–1986
General President March 1965–June 1984
At the 25th General Convention held in Washington, D.C., in August 1984, a resolution was passed creating the S. Frank “Bud” Raftery Scholarship Fund in honor of his service to the International Union, his accomplishments and his progressive thinking.

At the 27th General Convention held in Washington, D.C., in August 1994, then General President A. L. “Mike” Monroe and the General Executive Board, who strongly believed in the principles for which the scholarship was created, passed another resolution to increase the S. Frank “Bud” Raftery Scholarship Fund to $20,000.00, allowing for 10 scholarships of $2,000 annually.

All sons, daughters and legal dependents of IUPAT members in good standing are eligible to apply for this scholarship award.

All applicants must submit an essay, not less than 1,000 or more than 2,000 words on an essay topic chosen by the IUPAT Scholarship Committee. Complete the application and submit by January 31, 2020. Winners will be announced in April 2020.

A.L. “Mike” Monroe/Ralph D. Williams, III Sports Scholarship
At the International Union of Painters and Allied Trades’ convention in 1999, the A.L. “Mike” Monroe / Ralph D. Williams, III Sports Scholarship was introduced and ratified into the union constitution. This groundbreaking program was created to offer student-athletes the opportunity to pursue their athletic ambitions while earning an advanced educational degree at the academic institution of their choosing.

The namesakes of this new scholarship program were both accomplished boxers as teenagers. In fact, Williams was elected into the Pennsylvania State Boxing Hall of Fame as well as being an avid football player. Yet, despite their athletic talent, neither man had the resources to attend college and instead joined the trades at a young age. This scholarship, named in their honor, will give IUPAT members’ sons and daughters the chance for the education they never attained.

Print, complete and submit the application by January 31, 2020